We built an Xbox Controller plugin for Navisworks

Users of all ages and abilities have a frictionless way of moving around the model. Move in all directions, all at the same time. 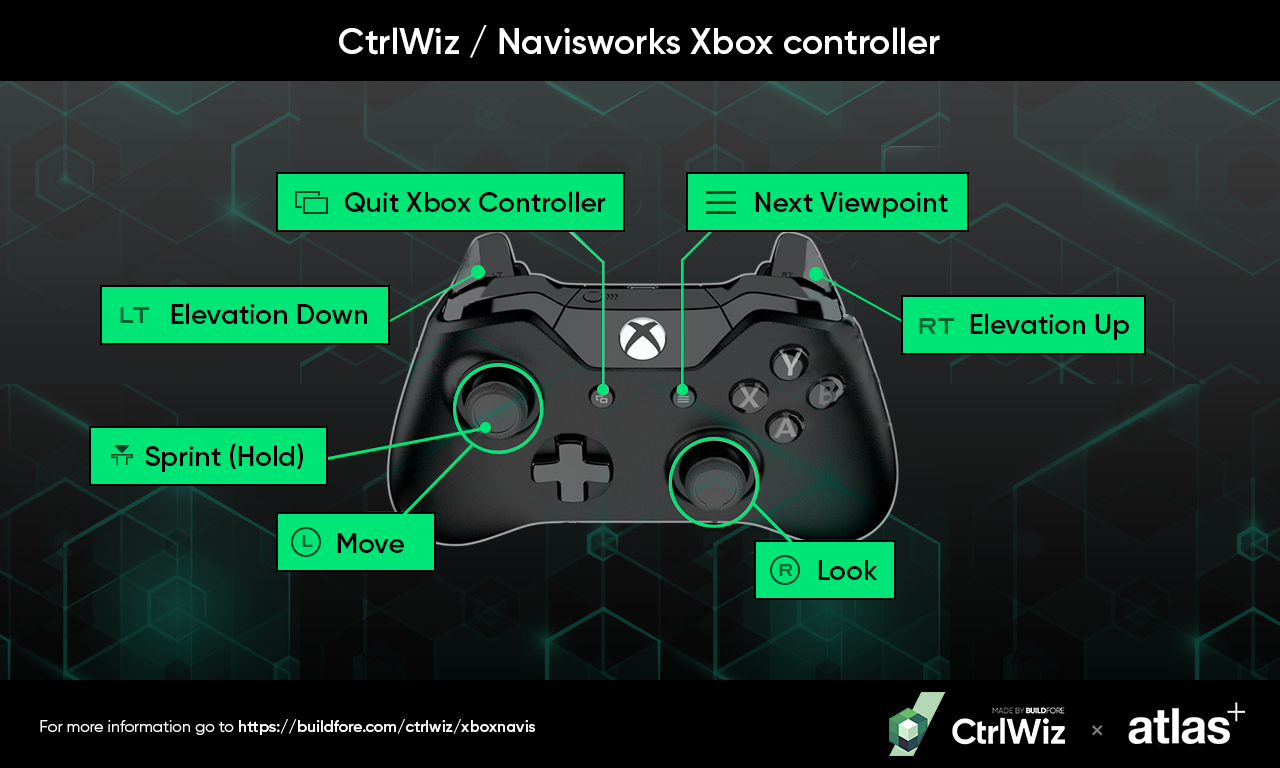 For some reason, navigating a 3D model in Navisworks doesn't "click" for a lot of people. The keyboard and mouse work fine for some, but movement tends to be less than seamless.

In 2017, Microsoft released the Xbox One Controller which could connect to almost all PCs available today. The gaming controller was made to move in 3D, to interact with objects, and to complete objectives. Naturally, many people have tried to find a way to get their Xbox controller to play nicely with Navisworks, but it's been nothing but dead ends.

A google search for Navisworks + Xbox Controller will bring you to multiple forums with users in search of an answer who've found nothing but half-baked work-arounds, mapping keystrokes and mouse movements. These options just don't work.

The gaming controller was purpose built

So we set out to make it possible to use an Xbox Controller, in the only way we know how: we simulated the controls from a first-person shooter video game. It seemed the most obvious, and in our testing, it was the most intuitive for users. It was also important that we didn't just build something that was perfect for us, but perfect for the industry. Taking a page from the Lean Startup we've decided to build a Minimum Viable Product (MVP) and release it first, before we build out extra features. So this MVP was quite easy: Move & Look. That's it.

For this effort to be functional, it needed to be able to move in 3 axis at the same time, and be able to look in any direction while moving. Selecting objects and doing things with them like hide, hide others, measure, etc. are indeed very important, but are secondary features, at least for our initial release.

a history of movement

I've been in construction for 10+ years, MEP Coordination for at least half of that (using Navisworks), and I have tried several outlets to get users to open the model and navigate it. In Navisworks, the walk tool is probably the best way to move around since it lets you move in all directions and can be as fast or slow as you want it. But when I would demonstrate this to new users, especially to those unfamiliar with BIM, it became less intuitive and more frustrating. The navigation doesn't work as intended. I get similar results with the orbit tool.

Then came the 3D-connexion space mouse. As a coordinator, this made my life much easier. I could navigate anywhere I wanted to, with just my left hand, while I selected and commanded with my right. It's a simple joystick and I assumed normal users would be able to pick it up quickly, and I could just leave these at job sites for people to use. Unfortunately, it the same thing: the space mouse is either too sensitive or not sensitive enough, the default is object (orbit) mode, instead of Fly mode, and either way users are just intimidated by the thing that doesn't do what they want it to do.

We are excited to announce that our initial release of the CtrlWiz Xbox Plug-in for Navisworks is ready. Thanks to our partners, Atlas Industries, the add-in is available today to the general public. Right now all you can do is move and look, but we're not done. We'll be collecting feedback and welcoming the community to post requests for some new functionality. The plugin will be updated regularly, will support Navisworks 2020, and will get "select" and relative commands very soon.

You can purchase the add-in today and get all the updates for life, so there's no need to hold out.

One last important note: the add-in is only supported on Navisworks Manage and Simulate, not Navisworks Freedom. Autodesk disables add-ins on all of its free viewers, there is nothing we can do about that at this time.

CtrlWiz is a line of products that make navigating a BIM/VDC model something that anyone can do, using tools that aren't a keyboard and mouse.

We built an Xbox Controller plugin for Navisworks

Users of all ages and abilities have a frictionless way of moving around the model. Move in all directions, all at the same time. 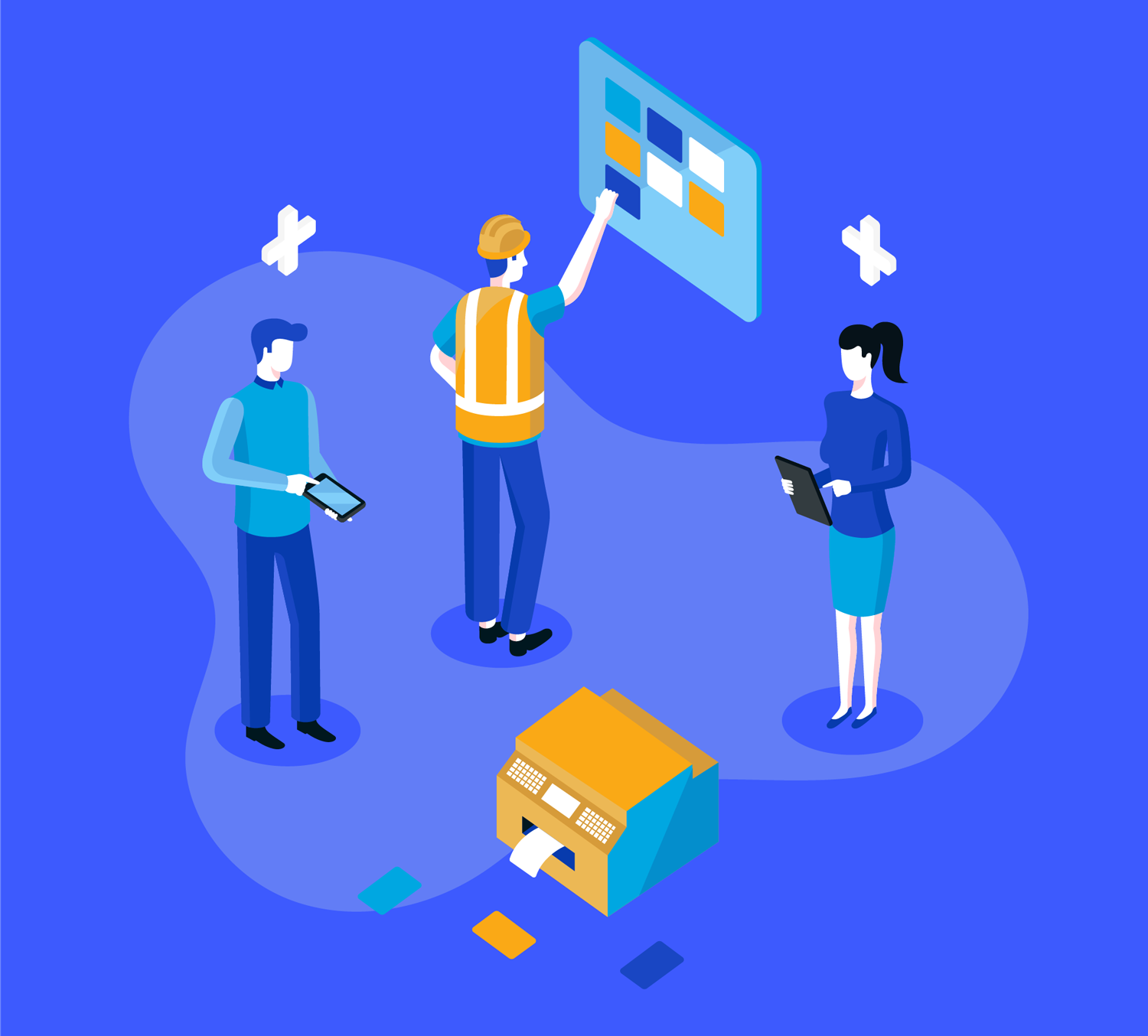 An update to bringing SlatPlanner to market

The SlatPlanner team has been hard at work. 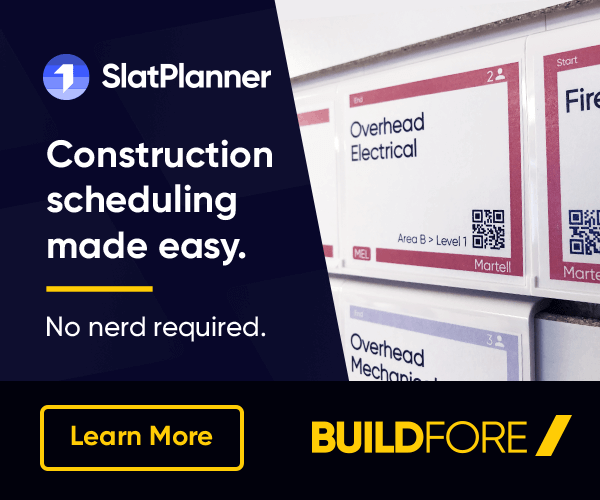 The SlatPlanner and Procore integration redefines the way lean construction teams plan work on the jobsite.