Navisworks didn't save construction like we thought it would.

We were promised our lives would change, but it's more of the same.

I started doing MEP coordination for Construction in 2008. I was in Miami at the time, working for Turner Construction, and a young Jan Reinhardt flew in to train me on 3D MEP Coordination and a product called Jet Stream, which was just purchased by Autodesk. The next year it was re-named to Navisworks.

While 3D MEP Coordination was not revolutionary at the time, our project, the Miami Intermodal Center (a $335 MM rental car facility) was already doing coordination with 3D models in AutoCAD, with Nagelbush Mechanical taking the lead on coordination.

The problems, which Jet St… ahem… Navisworks set out to solve were 3-fold: there was no 3D model of the non-MEP trades (Structure, Architecture, etc.), clashes had to be found manually, there was no clash detective in AutoCAD, and finally coordination was done by the drafter, only they could understand the 2D lines

Navisworks has done a fairly good job at making theses problems go away, however new problems, problems that existed before Navisworks but were overshadowed, have started to arise.

One of my biggest frustrations as an MEP Coordinator, was that after all the effort of coordination, what was installed was different than what was coordinated.

Let’s be clear, re-work is waste.

Re-work can be field work, like demo and installation, but it can also mean re-coordination.

after all the effort of coordination, what was installed was different than what was coordinated.

To eliminate this waste, we must ask ourselves why items are installed incorrectly. There can be many reasons, coordination delays, field staff has wrong version of shop drawing, or they have a lack of understanding of what should be installed

In my opinion, the first 2 reasons are indicative of a team that has resource or administration issues to work out. A good scheduling tool like Microsoft Project, SmartSheet, or SlatPlanner and a good project management tool like Aconex or Procore could help the team catch up with themselves.

The last problem has plagued BIM VDC teams for years, and can be framed a little more dramatically: “The only people who look at the coordination model are the modelers and coordinators.” Of course, some teams are better than others, this may not be thing for your company, but still, we should admit to ourselves that there is a barrier to entry for non-BIM VDC staff to open and explore the model.

For me personally, its a very similar experience when I go home for the holidays and show my parents and older relatives how to use their PC or get email on their phone. Our generations is tech support for the previous generation, and history will likely repeat itself.

CtrlWiz is a line of products that make navigating a BIM/VDC model something that anyone can do, using tools that aren't a keyboard and mouse.

Navisworks didn't save construction like we thought it would.

We were promised our lives would change, but it's more of the same. 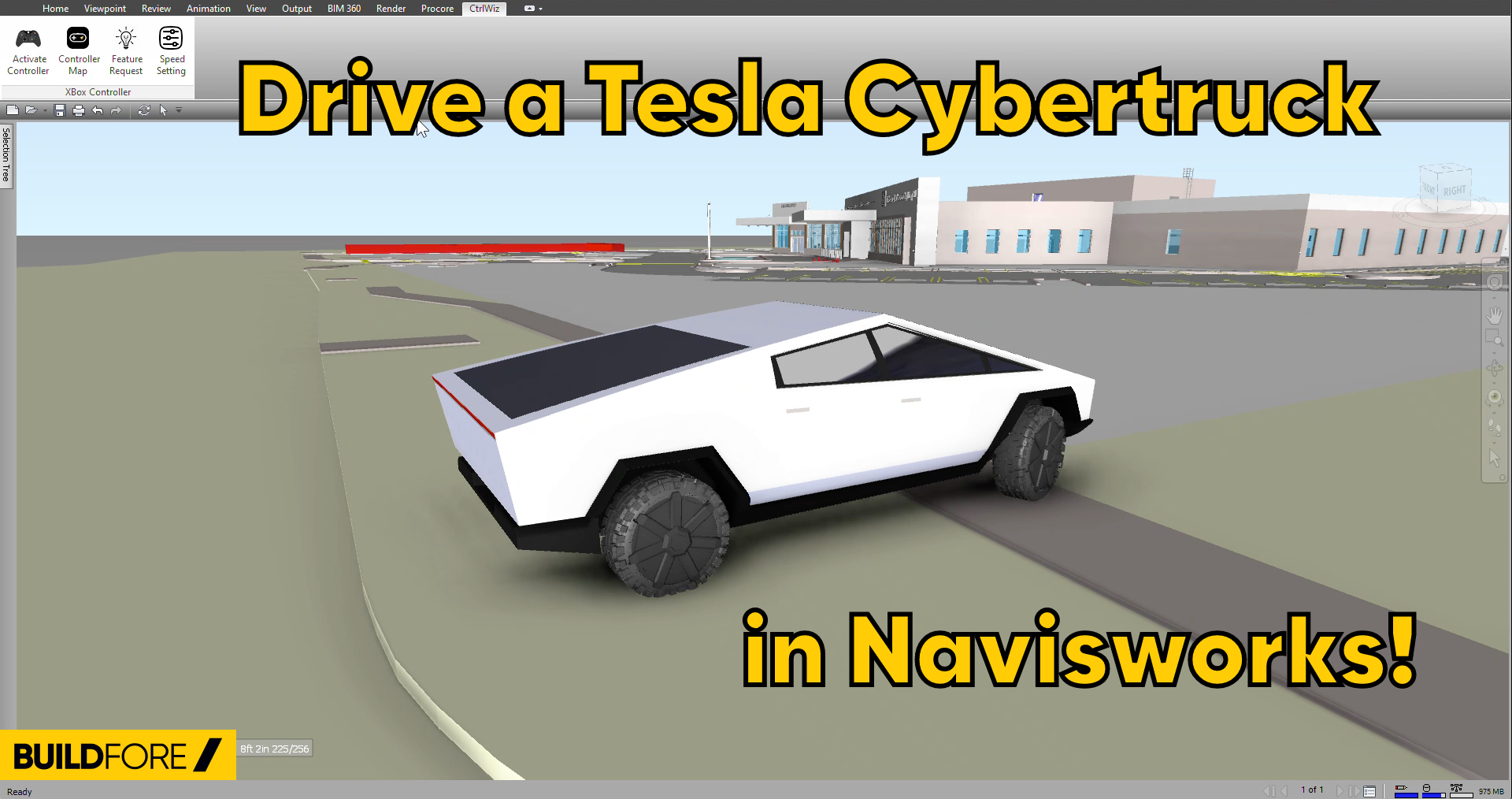 You can now drive a Tesla Cybertruck in Navisworks

We've gotten our hands on a model of the Cybertruck and want to show you how you can drive it, yes drive it, in Navisworks.